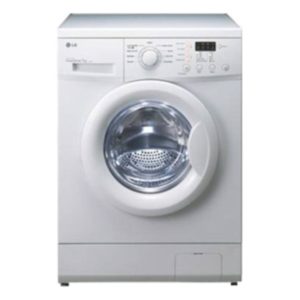 The idea for this app starts with a broken washing machine.

I live in the sprawling metropolis of Los Angeles, in the South Robertson neighborhood.  My washing machine broke.  With 4 people in my household, and 2 of them under 8, a broken washing machine is a problem. Initially I wanted to fix it myself (no surprise when a software developer also likes to tinker with mechanical devices).

I searched online for repair information. Almost immediately it became obvious what was broken (a door latch assembly – replacement cost through Amazon about $60).  I even

found videos showing how to fix it. Unfortunately the repair requires a special tool that I don’t have, so I called the manufacturer about hiring a repair person. The manufacturer referred me to a company in the SF Valley – which can be an hour away depending on traffic.  They wanted to schedule an appointment about a week later to examine the machine. No parts would be brought, and getting the parts would take a few more days and another visit.  I told them what was broken and asked them what it would cost.  They replied in no uncertain terms that I am not qualified to know what was broken, and that customers are always wrong when they guess, and therefore I must be wrong.  When pressed they said the cost of a door latch assembly is $165, and the total repair would total about $265 if by some unlikely chance I was right. My search for a repair person was not over.

I ordered the part from Amazon and continued my search.  My backup plan was to buy the special tool, but I expected it would cost about the same to hire someone who already had it. After an hour of searching I lucked out.  I found Elite 7!  Elite 7 is the trade name for Tim Lubinsky, and he is located just a few blocks from home. I called, lrft a message, and Tim called back a little while later. I told him about the machine’s behavior and what I had ordered.  I told him it was arriving the next day, on Friday afternoon, and told him the ideal time for the repair would be Sunday.  For Tim that was no problem.  He said he could come at 8am on Sunday.  He arrived on time.  He had the tool. He was expert with the machine. He did a great job and charged much less than the other people had quoted.

The initial idea for the app was simple – a local directory. Wouldn’t an app be a great way to help people like me find local experts like Tim?  And for business people like Tim, the app is a great way to reach customers with information, with specials, with announcements and with loyalty programs.

As the app came together it grew a little – and now includes a news feed page, emergency numbers, and even job listings. Click SORO App on the menu to learn more.